Inspired by an article that suggested using a french press for at-home randalling, I recently spent a Saturday evening experimenting with different flavor infusions in my beer. I chose North Coast Brewing Company’s Old Rasputin Imperial Stout as my base; it is big enough to stand up to whatever I put in the press with it, and at twenty minutes recommended steeping time, I wanted a style that didn’t need too much carbonation and wouldn’t suffer from sitting open for so long. The combinations I decide on were: blueberry, mint, and cocoa powder; coffee and bacon; jalapeño and banana; Butterfinger. 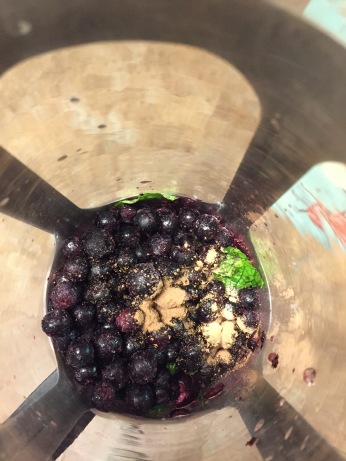 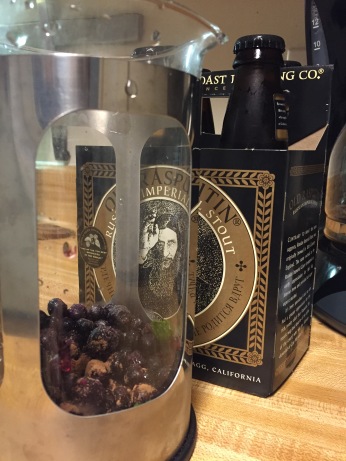 Blueberry, mint, and cocoa was the most successful. The mint came through strong, followed by a touch of blueberry. The cocoa powder was negligible; Old Rassy has plenty of  chocolate bitterness on its own and did not need any help in that department. Such strong mint flavor was refreshing, though, and balanced the stout’s heavier qualities, making it easier to drink than normal.

Bacon and Coffee was a no brainer, and a grossly uninspired choice at that, one mostly made out of economic concerns. A part of this experiment was to use things I already had at home as much as possible. Coffee and cocoa powder I had. Two strips of bacon from the deli counter were less than a dollar. 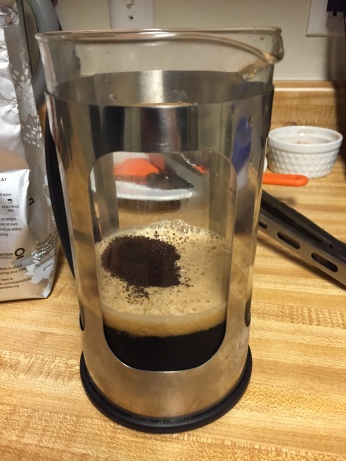 This was a real mess in the press. I decided to add the bacon grease as well as the meat and coffee, hoping to get as much porky/salty flavor out of it as possible. It was still a little warm and coagulated quickly in the cold beer, turning into gross little globules of fat. The end result was a coffee bomb with maybe a faint bit of smoke from the bacon. That said, if you like coffee stouts, this is a a sure-fire way to get huge java flavor, and maybe a little caffeine, in your beer. And the leftover stout soaked bacon was a relatively tasty by-product. 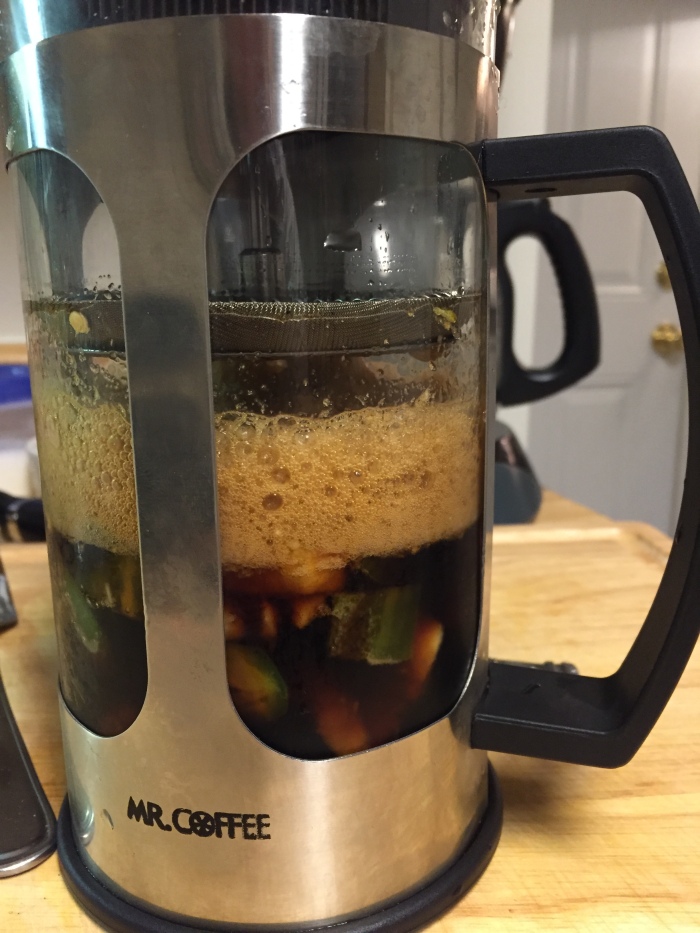 Jalapeño and banana was a last minute decision. Jalapeño on its own didn’t seem quite up to the spirit of my undertaking, so I decided a banana might sweeten and soften some of the heat from the chili. It also sounded like an odd-ball combination, which was very much in the spirit of things. My intuition about the banana rounding things out was dead wrong. It was a rush of jalapeño to the head, in brutal fashion, as though the heat of the chili had been condensed and was able to unleash the whole of its power at once. Thankfully it dissipated quickly, and even allowed a little bit of the fruity, floral flavors the the pepper to come through. The banana may as well not even have been there. I should have mashed it instead of just chopping it up. 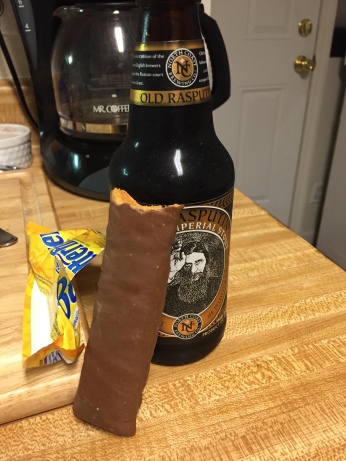 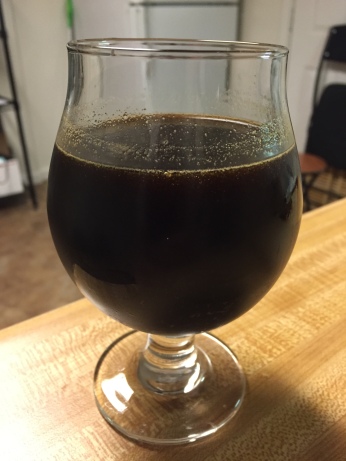 Butterfinger stout seemed like a beautiful abomination; half stroke-of-fat-kid-genius, half reason-the-rest-of-the-world-hates-America. I had high hopes for my dessert combination, but the Butterfinger flavor wasn’t nearly as strong as I’d hoped it would be. Candy sediment stuck to the edges of my glass and hung in the beer giving it an orange tint, but the stronger flavors of the stout overpowered the sweetness.

A french press certainly won’t do for you what a randall will, but for some cheap fun at home, it is a good way to impart flavor quickly, easily, and with some tasty results.