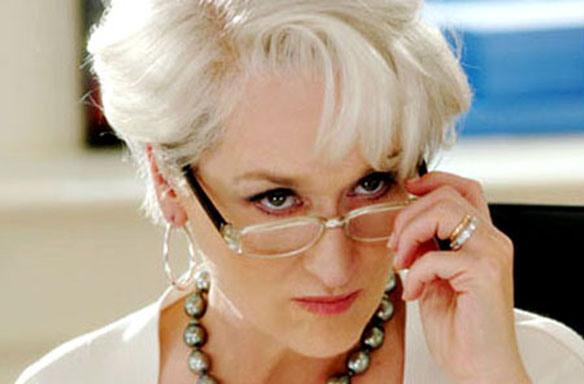 It seems Meryl Streep is MMA’s latest and greatest villain. Not a roided up Brock Lesnar. Not the unfair pay and restrictive contracts. And certainly not CTE. Nope. Permanent damage inflicted by juicers on people who have almost universally short careers and who are unable to properly monetize said careers take a backseat to the latest plague upon the landscape. That plague is named Meryl Streep.

While accepting a Golden Globe award on Sunday night, she gave a speech that was staunchly anti-Trump and typically Hollywood, steeped in self-congratulatory hoopla. She addressed mixed martial arts only to say that if all the foreigners were kicked out of acting, and the diversity removed, as a country we would be left with football and mixed martial arts, which, she reminded everyone was not, “the arts.” Simple and seemingly benign.

It did not take long for the MMA community to explode with its own self-righteous indignation, as Twitter accounts boiled over in frothing 140 character chunks. Few things come as a surprise in the fight world anymore, but the response this garnered was shocking. The mere passing utterance of “mixed martial arts” within the context of a larger speech sent fighters, promoters, and journalists alike into a tail-spin of defensive hyperbole. The kind one might expect from a thespian rather than from a group of individuals routinely touted as being among the toughest on the planet.

There is an art to martial arts, but it is not “the arts,” as are they are typically referred to. Parochial as any reference to “the arts” is these days, her point was clear: sports are not generally contained within that framework. Go tell your college counselor you want to take a judo class to fulfill art credits and see how far that gets you.

Reactions have been so disproportionate that one wonders how many people actually took the time to listen to her speech. If fighters get their news the same way most people do, a safe guess is that very few did; a quick glance over a link or a Tweet probably, before unleashing a fully formed opinion based on very little fact, held up mostly by emotion. The same thing those same people would accuse Streep of doing. We need to quell this short sighted thinking and look at the situation anew.

Much of life comes down to perspective. How one looks at something, the ability to turn life on its side and view it differently goes a long way. The same applies here.

Foremost, Meryl Streep, arguably the greatest actress to ever live, mentioned MMA at the Golden Globe Awards, which is an international gathering of Hollywood’s elite, viewed by millions. Any press is good press, and that is quite a lot of press. She didn’t call it UFC or human cockfighting. She referred to it properly as mixed martial arts, and on an enormous platform. That is huge.

Moreover, Streep chose to use MMA instead of any other sport, pairing it with the NFL, a money making leviathan and worldwide presence. Not basketball, not baseball, not hockey. MM-freaking-A. Put on par with the biggest sports organization in America, and as an example of what would be left with out “the arts,” which once again, is the bigger picture here. She said nothing negative about either sport, made no mockery of its participants. She merely defended her own profession by using another as a point of reference.

The biggest oversight by all those who’ve come unglued at Streep’s speech is that, within its context, MMA was the only sport that fit into the verbal scheme she was working with. Saying “you’d be left with football and bowling, which are not the arts” lacks the nice ring that using mixed martial arts does. It was a transitional phrase, one which, as a writer, I have to recognize was well done. She threw a deft, well timed combination rather than winging clumsy arm punches.

I doubt that Meryl Streep is a big fan of MMA. I’m equally doubtful she has anything against it. The truth of the matter is likely that she (or the person who wrote her speech) knows enough about the sport to use it in that situation, and with confidence the millions of people watching would all know it as well. It didn’t need to be qualified and no one in the audience yelled out, “mixed martial what?” They took it in stride. I wish I could same the same for the MMA world.

What Streep did on Sunday night was not an attack on mixed martial arts. She did not belittle those who give their lives to the sport, didn’t castigate the practice as inhuman, and certainly didn’t profess to knowing anything about it other than to say it exists. We should consider the possibility that Meryl Streep has accepted MMA into her her life, and in doing so, spoke for the world at large. MMA is a so much a part of our social fabric it can be used by an aging spokeswoman of an enormous industry that is completely removed from combat sports and everyone understood.

It is time we put away the notion of MMA being an underdog sport. For better or worse, mixed martial arts is a part of popular discourse. Meryl Streep knows it. Now we must embrace it.