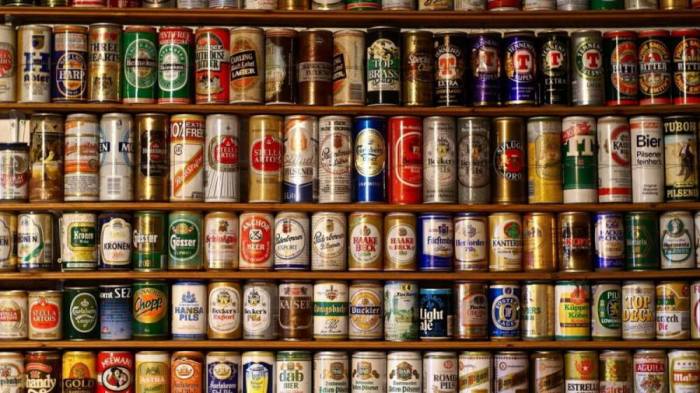 With Strong Beer Month and SF Beer Week now behind me, I am moving on to an new theme. With St. Patrick’s day coming, March is a good time to focus on European beers. Doing just Irish beers, however, seemed a little too on the nose. I’m sure I’ll have plenty of Guinness on the 17th, but to spend a whole month on beers from the Emerald Isle would also be very limiting; there is more to Irish brewing than just Guinness, but the amount of it accessible to me is, in all likelihood, relatively small. Moreover, I’ve had the ones that are easily found. Murphy’s, Beamish, Smithwick’s, etc. All fine beers, but the overwhelming goal of this is to experience as many new beers/styles as I can. Going back to revisit those might be fun, but the thought of it is not one I welcome as much as searching out the unknown.

To ensure a broader array of beers is available to me, March had to be opened up to the greater European continent. Doing so significantly increases the odds I’ll discover something new. Beyond Irish beers I hope to get my hands on some English Ales, German lagers, and whatever oddball selections I might come across. I suspect, however, that most of what I drink will hale from Belgium, or at least contain Belgian yeast. I’ve had a contentious relationship with that strain and its confounding esters for some time now. Our day of reckoning has come.

There was a time when spending a month on the hunt for European import beers would have been something of a luxury. Years ago, when American macros ruled the roost, buying a few cans of Guinness or a sixer of Heineken was to treat oneself; if it wasn’t American it was good. Whether or not this was ever really the case is debatable, but in the current market, it’s the furthest thing from the truth. Fans of American Craft Beer have been spoiled rotten in the last decade as store shelves everywhere are hemorrhaging with well made product. Good beer, often made locally, is just not hard to find.

One problem I’ll be confronted with is an issue of freshness. A few styles and high ABV stuff aside, most beer should be consumed as quickly as possible. It does not take long for flavors to fade, or worse, morph into something undesirable. The time it takes to ship a beer from a brewery across the Atlantic, get it on to store shelves, and then into the customers hands, is quite often, pushing the boundaries of what is acceptable. And that is if the beer is purchased immediately, never mind time spent languishing in a retail outlet waiting for some adventurous soul to scoop it up. So in addition looking for styles and breweries I am unfamiliar with, I run the risk of getting a product that is beyond the peak of its flavor, and not a good representation of the beer in question.

Another potential hurdle will be availability. As stated previously, quality craft beer of the domestic variety is no rare commodity. I can walk to any number of stores and get a reliably good six pack of something. Even the Safeway nearest me, dumpster fire that it is, has a robust selection. This isn’t the case with imports; beyond all those green bottles that used to indicate quality, there is a serious disparity in international beer representation. Names like Chimay and Duvel are everywhere, but outside of specialty shops I’m not likely to find much else. And at over $12 a bomber, there is likely to be some adjusting to the price as well.

Perhaps more than anything, I’ll have to negotiate the fact I’m a big, stupid American accustomed to drinking big, stupid American beers. State-side we scream for hops. For higher ABV. Making a coffee stout? It’d better be stronger than my morning java. This is not to say subtlety is completely lost here, but as is generally the case in everything American, even in beer more is better. The Old World is typically…European on that account. Their beer is more subdued, more respect given to tradition. My taste buds have been ravished by the huge character found in most American craft beer. Finding flavor in the more understated European beers will be my biggest test.

Brewdiligence is a fraught business to be in. For those who take up the challenge, glory is fleeting, evanescent as the head on a well poured pint. Few people will herald the effort, even fewer will answer the call. Anyone on this journey with me knows there is no prize at the end of the line. In fact, there is no end of the line at. There is only the journey and the places you allow it to take you.